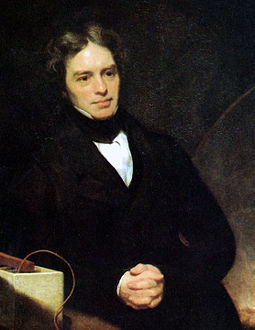 Long before any knowledge of electricity existed, people were aware of shocks from electric fish. Ancient Egyptian texts dating from 2750 BCE referred to these fish as the "Thunderer of the Nile", and described them as the "protectors" of all other fish. Electric fish were again reported millennia later by ancient Greek, Roman and Arabic naturalists and physicians.[2] Several ancient writers, such as Pliny the Elder and Scribonius Largus, attested to the numbing effect of electric shocks delivered by catfish and electric rays, and knew that such shocks could travel along conducting objects.[3] Patients suffering from ailments such as gout or headache were directed to touch electric fish in the hope that the powerful jolt might cure them.

Ancient cultures around the Mediterranean knew that certain objects, such as rods of amber, could be rubbed with cat's fur to attract light objects like feathers. Thales of Miletus made a series of observations on static electricity around 600 BCE, from which he believed that friction rendered amber magnetic, in contrast to minerals such as magnetite, which needed no rubbing.[6][7][8][9] Thales was incorrect in believing the attraction was due to a magnetic effect, but later science would prove a link between magnetism and electricity. According to a controversial theory, the Parthians may have had knowledge of electroplating, based on the 1936 discovery of the Baghdad Battery, which resembles a galvanic cell, though it is uncertain whether the artifact was electrical in nature.

In 1791, Luigi Galvani published his discovery of bioelectromagnetics, demonstrating that electricity was the medium by which neurons passed signals to the muscles.[17][18][13] Alessandro Volta's battery, or voltaic pile, of 1800, made from alternating layers of zinc and copper, provided scientists with a more reliable source of electrical energy than the electrostatic machines previously used.